Last year I worked with a really interesting client who was having back and hip issues during his weightlifting.

What was interesting was that he could squat heavy weights with no problem. But when he performed fast, dynamic movements such as snatches, cleans and jerks; he would get pain and the movement would become quite uncoordinated.

He had been working on the issue with other therapists, addressing the mechanics of the movements and supporting the sore areas with soft tissue work, stretches and strengthening exercises; but the issue was still persisting.

Weightlifting is a pretty unforgiving task. It’s hard work to make gains anyway, so when you are running into trouble it’s even more frustrating.

So we had to work out what was going on.

Our first step was to work out if this was a hardware (structural) or software (neurological systems) issue.

Because he is a great coach and he had been working with some excellent therapists, I knew that his muscle rehab had been top notch and it wasn’t a strength or technique issue.

What really stood out to me was the difference in performance between the Squats and the dynamic lifts.

He could Squat heavy loads without pain, but when he started to move more dynamically he would immediately start to get movement issues and pain.

The differences could emanate from training rate of force development, but as the client was a competent Personal Trainer and Crossfit coach, we could be confident that this wasn’t the issue.

The other key difference is the increased importance of information supplied by the Vestibular pathways during a Snatch, Clean and Jerk.

When we move at speed, the information relating to the position of the head and the body becomes much more important as we need to quickly adapt the muscular system to keep us stable and upright.

This information comes in principally from the Eyes, the Semicircular Canals of the Inner Ear and the Proprioceptors around the body.

We challenged the coordination of this information using the Romberg’s Test and Single Leg Stance Test.

We performed these assessments with the eyes closed and found that his balance and coordination disappeared.

This suggested that the Nervous System was using information from the Visual System to compensate for an issue with Proprioceptive information and feedback about the head position from the Inner Ear. 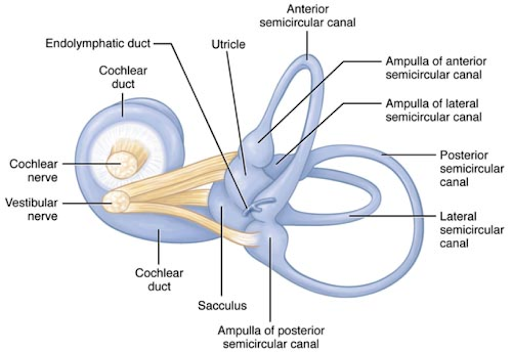 This is why the issue was showing up in the dynamic movements and not in the Squats.

When performing the Squat, the head moves at a slower speed and the gaze stays level.

When moving slowly, he was able to use his Vision to compensate. But when moving at higher speeds, he was unable to do so.

Interestingly, when I asked him to concentrate his vision on to an X whilst moving at high speed, this also helped as it increased the compensation.

Through our assessment I assessed Proprioception which was fine.

I then checked the Semicircular Canals in 3 planes of motion found the issue in the Sagittal Plane (Up & Down, Forwards & Back).

As his head moved quickly up, the overload was sending poor feedback and effecting his ability to control his body position.

The Semicircular Canals inform Motor Planning via the Vestibulocerebellar Tracts. If that information is effected then the Cerebellum has poor information upon which to make it’s decisions and the Nervous System modifies the activity it wishes to perform.

By identifying the Semicircular Canals as the issue, we could trace out the cause of the problem and rehabilitate these pathways and run this alongside our muscular recovery strategies.

Our goal as therapists is to stop treating symptoms and to start treating causes.

Posted 24 months ago by Chris Adams