A client presented with painful calf cramps from playing squash. This had been going on for a long time and was not clearing with stretching or manual therapy.

During our assessment a number of things drew our attention, but the stand out issue was the disparity in muscular development between the calf muscles and the Glutes, particularly the Gluteus Maximus, bilaterally. The client had strong, athletically developed calves but little to no development of the Glutes.

The client was stood in hip extension with an Anterior Tilt. During Manual Muscle Testing we found that both of the Gluteus Maximi were inhibited, in fact all hip extensors with an Origin from the Sacrum were dysfunctional. 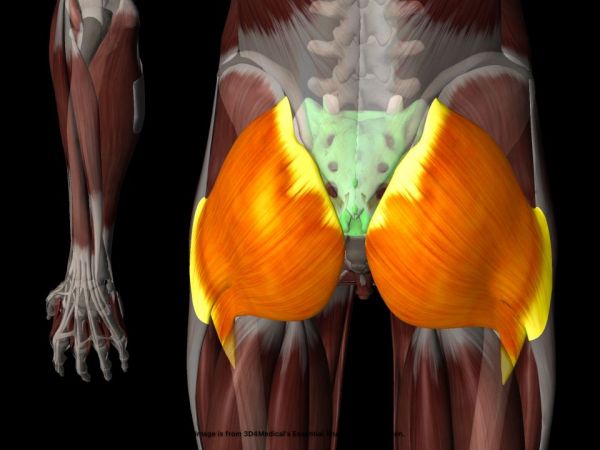 In the client's history he had suffered a fall from a ladder at a young age, causing him to fall backwards on to his coccyx.

This impact had caused an Impact sensitivity in the Coccyx, a Paleo Spinoreticular dysfunction. This is a sensitivity of the Sensory Nervous, information passed to the Brain to say that a trauma has occurred. We found this by offering a light impact to the Coccyx and testing against an Indicator Muscle.

In this situation, the Nervous System had reorganised the movement of Propulsion to reduce stress on the effected Hip and increase work from the Calf.

This was helpful in the acute phase of injury but after the biological healing phase had been completed, the reorganisation of the nervous system was no longer useful and had lead to adverse change in the way the muscles were performing. This had caused the muscles of the Posterior Hip to Atrophy and the Calf to become very Hypertrophied, or over developed.

Once the Neurology had been corrected, we set exercises to lock in the changes in the Propulsion phase. We targeted control of the pelvis, extension of the hip, ankle plantarflexion and toe extension.

This took the work away from the Toe Flexors and reduced Calf Symptoms.

When looking at Movement Dysfunction we need to look at how the body produces movement through systems, not by individual targeted muscle contraction. If the body experiences trauma then it will reorganise the movement to move away from symptoms.

By finding true causes behind the issue, we can treat the cause and not the symptoms, creating true lasting change for the client.

Posted in Health and Fitness, Injury; Posted 4 years ago by Chris Adams