Sometimes the answer to a movement problem is straight forward and sometimes we have to dig a little deeper into a client's history to find a solution.

A client in her late teens came to clinic after having constant foot and ankle problems for 3.5 years. Her symptoms had started with pain in the left forefoot and had spread to her ankle and lower leg. She also showed symptoms, although not as severe, in the right foot.

This pain had taken her away from a promising Hockey career and effected her quality of life.

In the previous 3.5 years she had been moved between physiotherapy and a surgical consult who could not come together on a conclusion as to what was going on. What was clear was that the bones of the forefoot showed decreased density compared to the rest of the foot and ankle. 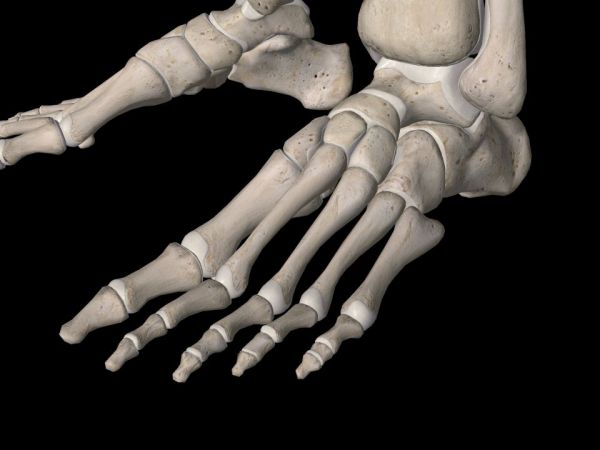 When she was given strengthening exercises to provide stability and support for the Calf, this had resulted in a severely pulled muscle.

When she came to clinic with her Mother we took an extensive history and studied the way she moved, the way she carried herself and the way she behaved when performing certain tasks.

Where does she avoid?

We were looking for anything that could be driving this lack of bone density in the forefoot.

As she walked, she kept her weight very heavily in her heels. She would not commit her weight forward and receive her weight into the forefoot at all during gait. As soon as her centre of gravity approached the midfoot, she would raise the leg and swing into the next step. She walked as if she was leaning away from something.

As you walk, you should typically start with your initial point of contact being the rear of the foot on the outside. Your weight then travels forwards and medially, passing through the midfoot before moving to the forefoot as you approach the push off, or propulsion position. 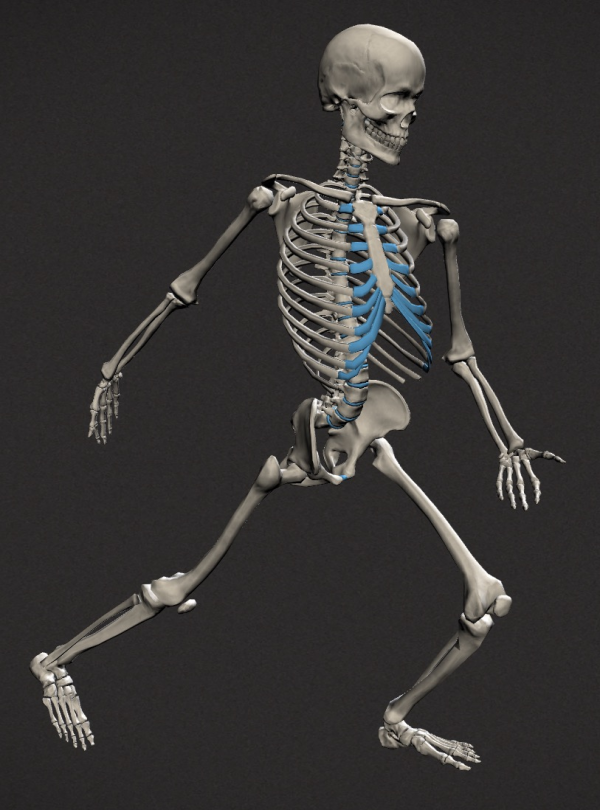 Bone density is driven by use and resistance against work. If she was not loading her forefoot during gait then bone density would reduce naturally, as we might see in any underused limb.

When I pointed this out her Mother commented that although they had been not been aware of this, she did recall that when she started crawling as a baby, it had been identified that she didn't like to load her shoulders. She would keep her weight back in her hips to the extent that her paediatric physiotherapist used to use exercises to put her into a wheelbarrow position, to try and get her to load the upper body and develop a normal crawling pattern. 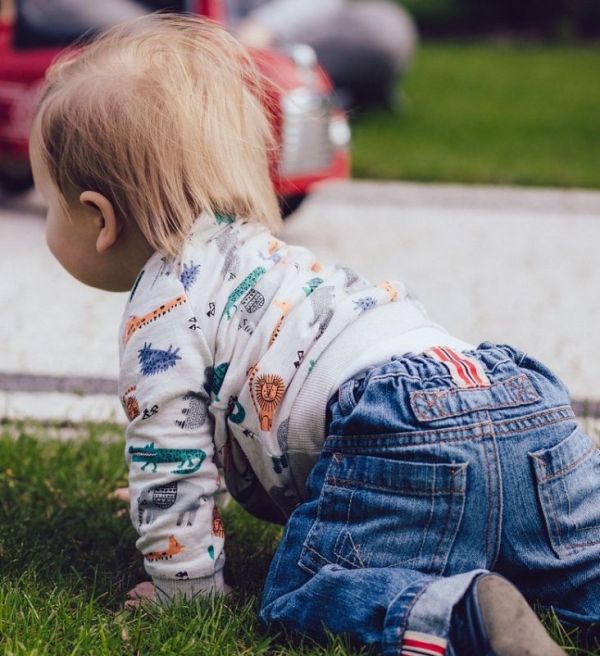 But what was she withdrawing from? What was preventing her from moving forward, and loading her foot correctly and safely?

As her crawling had been effected, we knew something must have happened very early so we checked her head for any history of injury, such as a small scar or bump, which children often accumulate when they first start to move around and explore and take a small tumble.

We found a small bump, just above one eyebrow. Using PDTR we assessed the spot for dysfunction and found a sensitive Primary Neospinothalamic receptor at the site of the bump.

The Neospinothalamic pathway recognises information relating to Fast Pain - Sharp, fast pain such as an impact, shock or burn that would make you pull away from it. The client's Mum recalled that she suffered a fall and injured her head when she was very young, and she said that it had come up in a prominent bump.

A Neospinothalamic dysfunction has a specific withdrawal pattern. It causes muscles that move you towards the threat to become weak so that you pull away faster. This is done to keep you safe and reduce the stimulus of the fast pain. As an example, think of touching a hot kettle or a sharp point.

As she had an active Neospinothalamic Dysfunction on her forehead she was pulling back into her heels to avoid towards the painful stimulus, even though that stimulus was no longer there.

We treated the dysfunction and assessed the Cranial bones for issues as a result of the impact. When we were satisfied that we had cleared any dysfunctions. We asked her to stand up and safely load into her forefoot using the Suspension exercise from Gary Ward's Anatomy In Motion. She could safely get there and looked calm and relaxed. In fact she was grinning from ear to ear, saying that she felt very different.

As she walked she was clearly getting further forward into her forefoot and starting to push off carefully. The ankle muscles were contracting and relaxing normally. We implored her that care still had to be taken as even though it was now safe to get there, the tissues would still take time to build up and adapt.

We have used Suspension as a follow up exercise and progress is superb. Her gait is improving her ankle is far more stable and her pain has gone. We will have to strengthen the tissues before she can get back to full intensity of activity but things are back on track and she is on her way back to full function and normal life.

Is the problem that you are struggling with the cause, or a symptom? The goal as therapists is to stop treating symptoms and start treating causes.