Case Study: Getting Back On The Horse

There is a wonderful quote from Ida Rolf, which I learned from Perry Nickelston of Stop Chasing Pain. The quote simply says, "Where you think it is, it ain't."

The principle is that just because an area of the body hurts, it doesn't mean that this is where the problem is coming from. We need to cast our net wider, look at a clients history and look at the body as a system. If we do this then we can understand the "story" of how a problem came to be where it is.

I had a fantastic example of this in clinic recently when a client came in reporting that she had started to struggle getting on to her horse, having specifically lost the ability to swing her right leg over her horse. Being in her late 60s she was worried that this was going to become the norm, and wanted to do something about it quickly.

In her history, she has had a partial replacement of her left knee 2 years ago. This had been fully rehabilitated and was fully functional when walking.

However, when she gets on to her horse it is a profoundly more intense activity for her left knee. When getting on to the horse she puts all of her weight through the left foot and then swings her right leg over. For this to be successful she needs to be able to extend the left knee with a considerable amount of force and simultaneously flex and abduct the right hip. The left hip will passively move into Internal Rotation as she completes the movement. 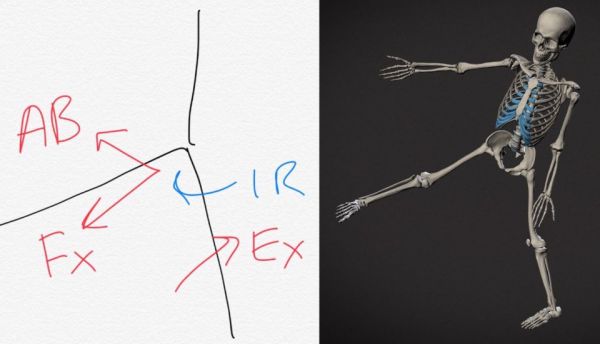 We mimicked this task in clinic by asking her to swing her leg over a small box to start with.

By consider the two legs together as part of the same system, we found the problem.

This tells us that there is dysfunctional efferent feedback from sensory receptors in the knee being sent to the brain, which the brain is then using in it's reasoning process to calculate that it is unsafe the load the flexors and abductors of the right hip.

Using our PDTR process, we found a Primary Joint Paleo (Paleospinoreticular) dysfunction and a Secondary Neospinothalamic dysfunction in the knee. By treating this we found that the right hip could load into abduction and flexion without issue, even when the left leg was compressed.

By making it neurologically "safe" for the client to flex and abduct her right, we paved the way for strengthening exercises to maintain her form.

We repeated our initial challenge of swing her leg over a box and she was amazed at the difference.

In our next session we will look at why this problem came to be there in the first place and then we can progress to strengthening the motion.

Don't chase symptoms, don't just concern yourself with 'What' has happened; instead ask 'Why' is this here?. 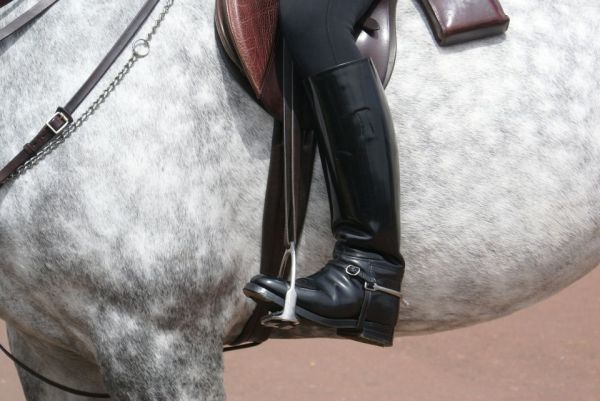 Posted in Injury; Posted 4 years ago by Chris Adams