Frozen shoulders seem to be a common theme in Clinic at the moment. Or I should say "Pseudo" Frozen Shoulders. These are cases where the client has presented with a severely restricted range of motion at the shoulder and the diagnosis of "Frozen Shoulder" has been made. 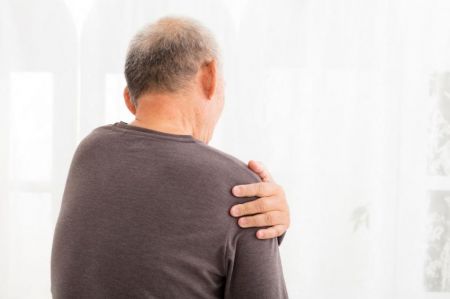 But what if it's not actually A Frozen Shoulder?

A true Frozen Shoulder is due to Adhesive Capsulitis, which is a thickening of the joint capsule in the shoulder. This can be for many reasons and is confirmed by specialist assessment and imaging.

Unfortunately, when we see a restriction in shoulder movement we often leap to conclusions and assume it's "Frozen".

But if we take a thorough history, utilise a thorough palpation and movement screen; we can often stumble upon breadcrumbs which will lead us to a solution.

Recently, I had a client come to see me for a "Frozen" Shoulder. He had been diagnosed 3 months previous but without imaging. His right shoulder had been restricted for around 6 months.

On taking a history, the client had suffered no direct injury to the shoulder it had just developed over a few months. The main related trauma he had received had been due to his career as a helicopter pilot in the Forces. In this job he had to wear an extremely heavy helmet, laden with equipment, as he flew the helicopter which he controlled via a stick control with his right arm.

Palpation and motion assessment indicated that the problem was actually related to the neck and an instability there. This was creating instability in the Right Side Posterior Scalene (a neck muscle), causing a constant "lifting" of the First Rib. This then created instability in the Serratus Anterior (Scapula muscle) which shares an attachment at the First Rib but also attaches to the Scapula (shoulder blade).

This is what had created the "Frozen Shoulder".

By correcting the Posterior Scalene to Serratus Anterior dysfunction, mobilising the Latissimus Dorsi and strengthening the Supraspinatus we managed to restore full movement to the shoulder within 3 visits.

Posted in Injury; Posted 5 years ago by Chris Adams